The strike continues to escalate!

The strike continues to escalate!

It is reported that the nationwide strike by thousands of truck drivers in South Korea has lasted for seven days, and the strike activities have continued to escalate, resulting in large-scale delays and disruptions in logistics across the country.

The country's port operations have slowed, daily throughput has dropped sharply, cargo shipments in major industries including automobiles, steel, cement, and IT components have been delayed or cancelled, and some factories have suspended production.

Daily container throughput at 12 South Korean ports fell by 64 percent last Thursday compared to the May average, according to South Korea's Ministry of Transport.

▪ Daily throughput at the world's seventh-busiest container port, Busan, fell by two-thirds from normal on Friday and fell to a quarter of its level a month earlier on Sunday;

▪ Container traffic at the port of Ulsan, South Korea's main industrial center and the site of the strike, has been halted since last Tuesday, and Hyundai has a production plant there;

▪ Deliveries at Pohang and Daesan ports also fell to zero, affecting shipments of steel and petrochemicals. 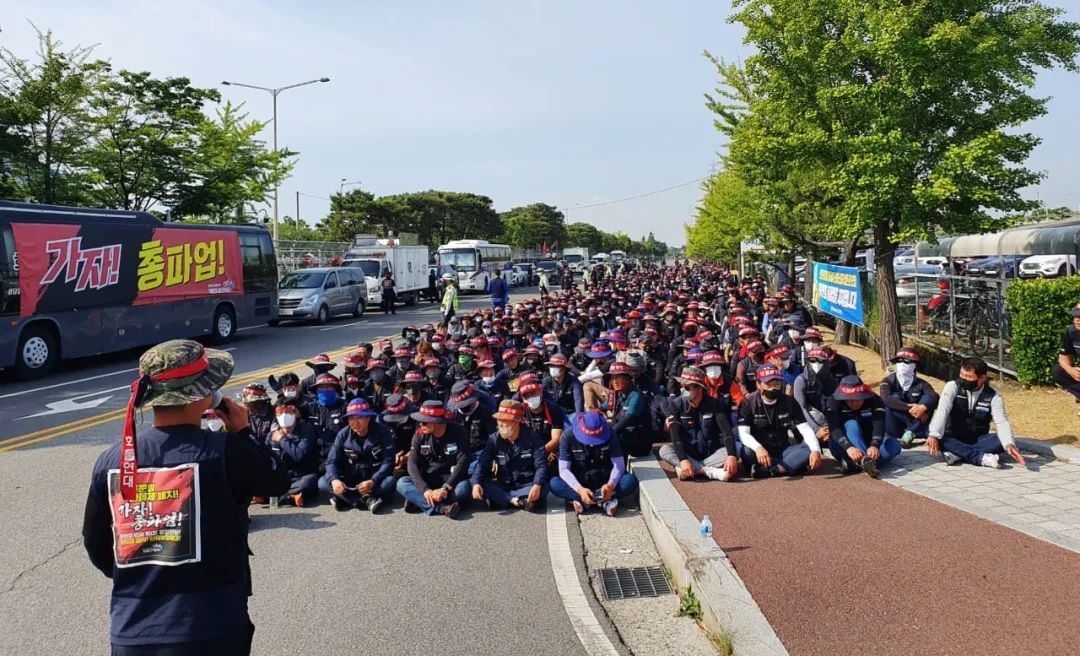 South Korea's transport ministry said as many as 7,500 drivers, or a third of the truck drivers' union, were expected to take part in the strike on Friday. The union said the actual number of strikers was higher, with non-union truck drivers also opting to suspend work.

It is understood the unions are demanding an extension to the Safe Freight Rates System (scheduled to end on December 31 this year) to guarantee minimum freight rates for truck drivers in response to soaring fuel prices. The truckers' union started a strike on June 7 after negotiations failed. On Sunday, talks broke down before a final deal was reached, with unions saying they would continue the strike and "fight harder," Yonhap News Agency reported.

South Korea's 31 industry associations issued a joint statement on Sunday urging truck drivers to end their strikes and return to work as bottlenecks in industries such as cement, petrochemicals, steel, automobiles and IT components are intensifying.

It is uncertain how long the strike will last, but the protracted dispute could have ripple effects across the globe. South Korea is the largest exporter of memory chips, home to the headquarters of some of the world's largest auto companies and a major supplier of semiconductors, smartphones, cars, batteries and electronics. Yonhap News Agency reported that major ports and many companies reported that the strike caused some logistics disruptions. Large industrial companies are reporting material shortages and inability to transport goods. 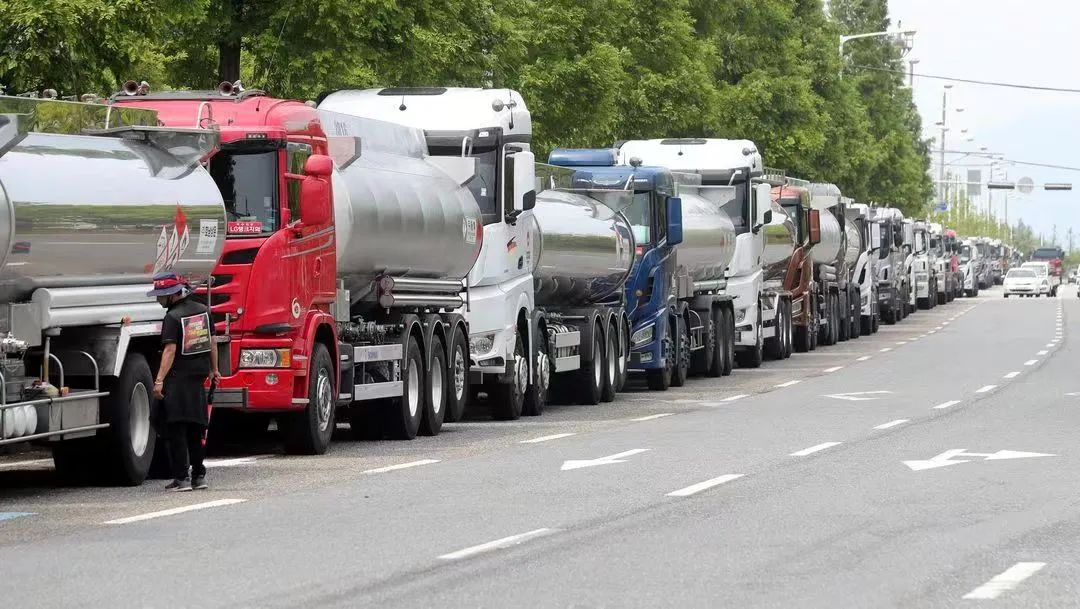 South Korea's Minister of Land and Resources told a news conference that steel and cement are likely to be the main victims of the strike. According to the Korea Cement Association, about 90 percent of the cement from factories operated by six companies has not been shipped out, and the companies will delay deliveries until protesters leave the factory gates.

POSCO, South Korea's largest steelmaker, also warned that it had to delay shipments of steel and semi-finished products due to a strike by truckers. It said on Sunday it would suspend production at some of its factories due to a lack of space to store finished products, and it was uncertain how long the suspension would last. POSCO is a major supplier to South Korean shipyards.

Hyundai Motor said in a statement that some production at the company's Ulsan plant was interrupted. The Chosun Ilbo reported on Friday that about 50 percent of production at the Hyundai plant has now been suspended, with production of about 2,500 vehicles a day suspended. Hyundai subsidiary Kia is struggling to find storage space for its cars.

As the strikes intensified, the South Korean semiconductor industry reported a lack of access to raw materials, adding to concerns about a shortage of semiconductor supplies that are already in short supply globally.

In addition, South Korean President Yoon Seok-wook told reporters on Friday that the government should remain neutral on labor issues so that companies and unions can increase their ability to solve problems, according to Bloomberg.

Previous : Is Shanghai's "retaliatory" shipment coming? Shanghai export freight rates rise for 4 consecutive weeks
Next : Freight rates continue to decline, is it temporary? Or a harbinger of weak demand?