Home > News > Latest Logistics Resource > Freight rates continue to decline, is it temporary? Or a harbinger of weak demand? Freight rates continue to decline, is it temporary? Or a harbinger of weak demand?

Freight rates continue to decline, is it temporary? Or a harbinger of weak demand?

Spot freight rates on major routes are still on a downward trend. This week, Xeneta's XSI, Drewry's WCI and the Baltic Sea Freight Index (FBX) showed that rates on the Asia-Europe and trans-Pacific routes were either down or unchanged from last week.

On the Asia-Europe route, the Drewry WCI index was at US$9,784/TEU, unchanged from last week; the FBX index was at US$10,643/TEU, down 1% compared with last week; Ningbo Containerized Freight Index (NCFI) reported It is said that due to the limited demand for freight, the loading rate of the European route has not performed well recently. Under pressure, some liner companies have voluntarily lowered the freight rate to strengthen the collection of goods, and the spot market booking price has fallen. The freight index of European routes was 4141.8 points, down 3.7% from last week. 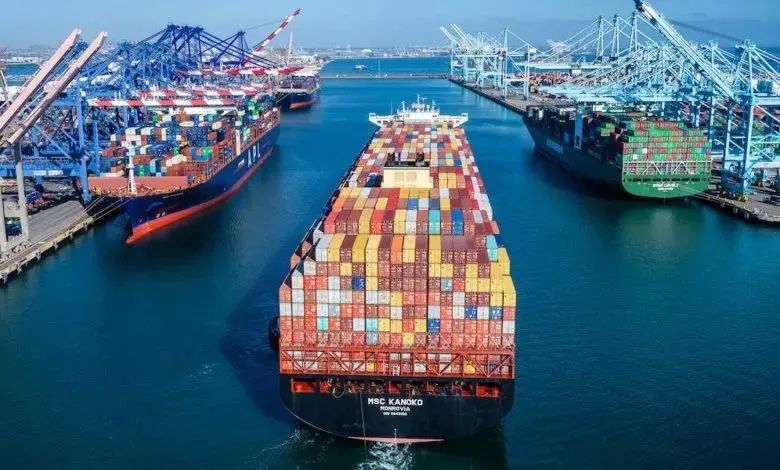 In fact, based on vessel arrivals and total manifests, the Port of Los Angeles signal forecast shows that only 12 vessels are scheduled to arrive at port this week, totaling 69,363 TEU, a 41% decrease compared to the same period last year.

The analysis said that this may be temporary, or it may be a precursor to weak demand.

If European and North American consumer demand does weaken significantly, shipping companies will support freight rates by canceling more sailings. Congestion problems at major container ports in northern Europe, however, will have the same effect due to extended dwell times for imported cargo, with delays in round-trip voyages delaying scheduled sailings.

In addition, a new trade forecast shows a slowdown in global freight volumes that will continue into next year. Global Trade Analytics Suite (GTAS) forecasts that global container traffic will fall by 1.7% year-on-year in 2022 to 165.4 million TEUs.

The Fed announced last week that it would raise its benchmark interest rate by 0.75%, the largest rate hike in 28 years. U.S. inflation has risen to the highest level since the 1980s.

Previous : The strike continues to escalate!
Next : These people are amazing!